Damascus, SANA – The General Command of the Army and Armed Forces said Thursday that the army has established control over 32 towns and farms during the military operation it carried out against ISIS terrorist organization in the northeastern countryside of Aleppo Province. 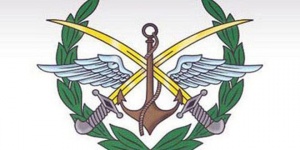 The General Command said in a statement SANA got a copy of that “the army units in cooperation with the supporting forces and the allies liberated, in the large-scale military operation it has launched for 20 days against ISIS terrorist organization, more than 32 towns and farms with a total area of 250 square kilo meters with a 25-km front and a depth of 16 km, establishing control over Aleppo-al-Bab highway with a length of 16 km.”

The General Command added that the army units stormed into complicated fortifications, demined hundreds of explosives and destroyed tens of tunnels of ISIS, inflicting heavy losses upon it in weaponry and personnel.

It pointed out that this achievement expands the range of security surrounding the city of Aleppo and constitutes a platform for improving the military operations against ISIS and increasing the areas controlled by the Syrian Arab Army including the roads connecting the northern and eastern areas.

The General Command concluded by reaffirming the Army’s continuation of fulfilling its nationalistic tasks in combating terrorism and commitment to its constitutional duties in protecting civilians and preserving the territorial integrity of the Syrian Arab Republic.