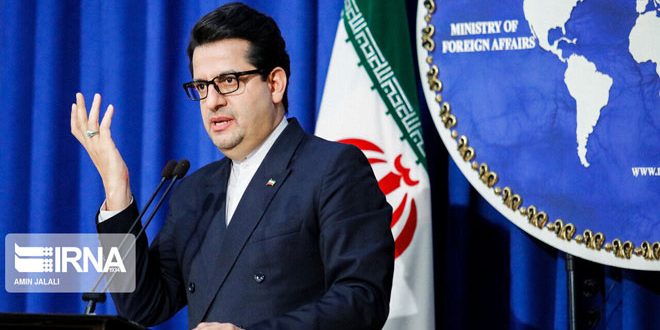 Tehran, SANA- Iranian Foreign Ministry’s Spokesman Seyyed Abbas Mousavi stressed that Iran and Russia are in agreement with regard to the situation in Syria as the two countries work at the international forums to end tensions and restore stability and security to this country and to the region as a whole.

In a statement to Iranian IRNA news agency, Mousavi said that his country will never forget the true friends who stood by it in hard times, noting that “Iran and Russia enjoy historical and special relations”.

“Russia has stood firm with the Islamic Republic despite of the sanctions and pressures by the US and other Western states and their economic terrorism against Iran”, he stated.

He expressed his country’s appreciation for Russia and China’s stances towards Iran.