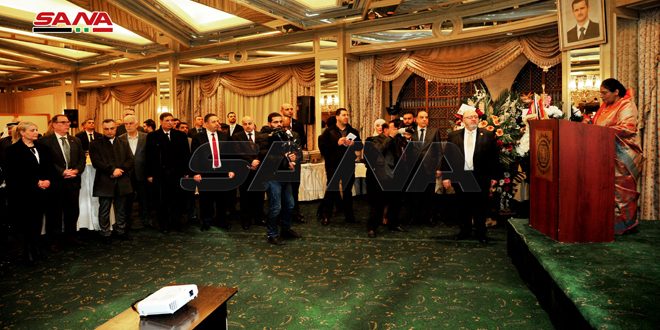 Damascus, SANA – The Embassy of Sri Lanka in Damascus organized a reception at Cham Hotel on Sunday evening on occasion of the 72nd anniversary of Sri Lanka’s Independence Day.

Sri Lanka’s Ambassador Deepthika P. C. W. Karunarante stressed in a speech the need to bolster and develop bilateral relations, noting that Syria has been a good friend of Sri Lanka. 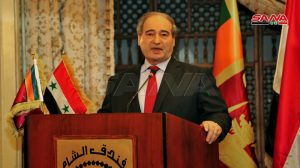 She said that her appointment as ambassador to Syria is an important event in diplomatic relations between the two countries, pointing out to the recovery witnessed in Syria and the return of security and stability to most its areas.

For his part, Deputy Foreign and Expatriates Minister Fayssal Mikdad stressed the importance of boosting cooperation between the two countries, noting that Sri Lanka’s victory over terrorism several years ago constitutes a victory for Syria against the same enemy.