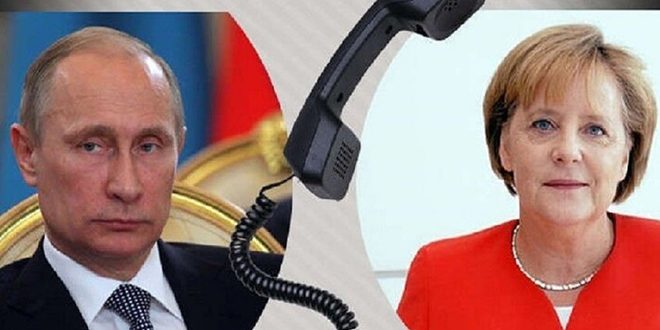 RT quoted Kremlin as saying in a statement on Thursday that during a telephone conversation with German Chancellor Angela Merkel , and French President Emmanuel Macron ,” Vladimir Putin stressed the importance of taking effective measures on neutralizing a terrorist threat while observing the principles of sovereignty and territorial integrity of the Syrian Arab Republic.”